Smart Engineering has started the manufacture of three new SmartFibreC equipment for commercialization in the international market. The Spanish-made SmartFibreC equipment is the only non-destructive evaluation system (NDT) on the market that allows the determination of the content and orientation of metal fibers in fiber-reinforced concrete (FRC) specimens. As it is NDT equipment, the analyzed specimens can be used in other tests, such as the Barcelona test, which characterizes the residual flexural strength of FRC. The combination of both tests enables a simple and robust FRC quality control system with fewer uncertainties than those currently used.

The equipment being manufactured will be used in different international projects of high relevance. One of the equipment has been acquired by the Bekaert company, a world leader in the manufacture and commercialization of structural metallic fiber for use in concrete, which will implement it in the Asian market. Likewise, another of the equipment will be introduced, together with the Barcelona test, as a control method for one of the sections of the HS2 “High Speed ​​Two” project, the largest infrastructure construction project in Europe, which aims to improve the railway network high-speed train from the United Kingdom linking London with the north of the country. 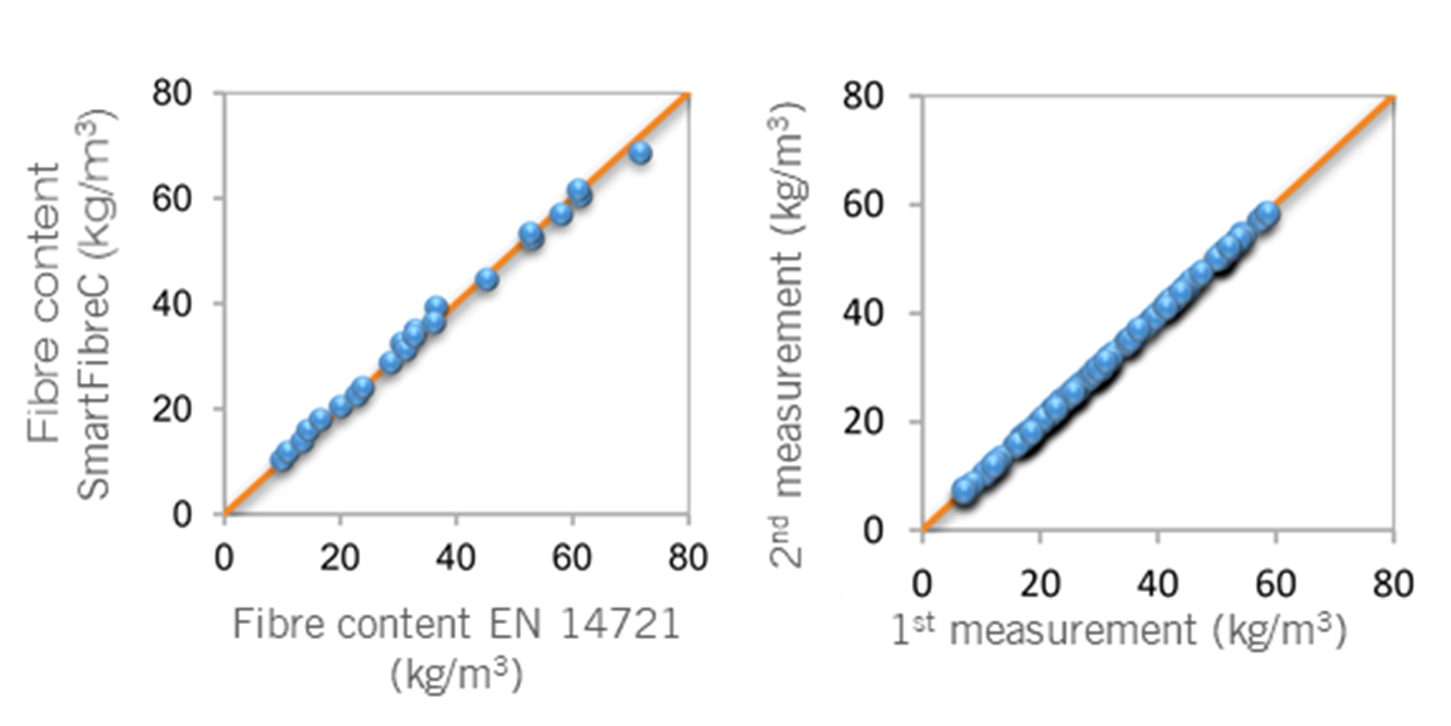 The use of the SmartFibreC equipment allows the determination of the content and orientation of metallic fibers in concrete specimens, both cubic and cylindrical, with an accuracy of up to 3%. Thus, its use increases reliability and reduces the uncertainty associated with traditional FRC characterization tests. In combination with the Barcelona test, it provides a competitive advantage in the field of quality control and characterization of FRC and increases the overall sustainability of the projects thanks to the fiber content optimization that can be achieved from the statistical analysis of the data obtained from both tests.

The SmartFibreC is a compact and robust device, suitable for use both on site and in the laboratory. It is made up of a measuring cell, an electronic inductance measurement and data recording system and the coaxial connection cables. The internal battery of the electronic system allows an autonomy of more than eight hours and the USB connections allow sending of data to other devices for analysis and treatment. Its operation is based on the alteration of the magnetic field generated inside a measuring cell when introducing a concrete specimen with metallic fibers, which results in a variation in inductance. This variation allows the measurement of impedance, which is directly proportional to the content of metallic fibers, and is also influenced by its orientation with respect to the field.

The SmartFibreC equipment is already used, together with the Barcelona trial, as a FRC quality control system in different international projects, such as the Follo Line in Norway or the Bank Station Capacity Upgrade Project in London. The commercialization of the SmartFibreC equipment is one more example of the firm will of Smart Engineering to strengthen its support activity for large companies in the construction sector, providing them with new technological developments in the field of Civil Engineering and new materials and acting as a link between knowledge and business.